Discovering Dad: Part 1 and a Contest!

in Contest, Family, Interview, Ruminations - on 5:06:00 PM - 6 comments
First of all, I want to thank my Dad for agreeing to do this interview with me. I think it's important for my readers to know that it takes a lot of support and understanding to be able to untangle the web of emotional eating and obesity. I also think it's important to show my readers (and my Dad as well) that I'm not blaming him for anything. Unhealthy habits get passed from generation to generation and frank conversations such as this help to stop that pattern.
Part 1 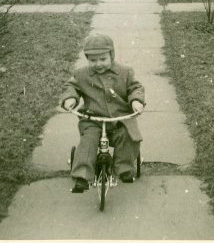 Q1: When you were younger, how did you learn about exercise
and nutrition? What were your parents' attitudes towards exercise and nutrition?

A1: As a kid, I never learned about exercise, and nobody knew about nutrition in the 1950s. We were taught to eat everything on our plate. We were told to think about the starving children in China; left overs were a moral obligation to finish. I was 40 pounds as a 1-year-old. My parents would feed me to stop from crying that first year. I then slimmed out. I ran through neighborhood often, climbed all trees available, and from 4 to 5 was the Peter Pan, ruler and leader of the neighborhood kids. I was tall, trim, outgoing, confident, self-assured and active until the summer my mother died, two months short of my eighth birthday. From age 8 to 12, I just ballooned up in weight, lost confidence and really became a different person to that happy kid I had been before my mother’s death. We had conflicting influences, various housekeepers and even sometimes we were left on our own. I don’t remember food being solace during that time. However, there was no overall approach to a healthy regimen of food and exercise and there was, for me, a great deal of sorrow and trauma.

Q1.1: Do you think the “clean plate” mentality your parents had was a result of them living through the Great Depression, or was it some other reason?

A1.1: Not the Depression, it was more a left over from the Victorian Era. I also think that for my parents’ generation slimness was akin to sickliness for some. My mother was as slim as a rail due to her heart defect, and plump cherubs for children indicated in some way that they were healthy. 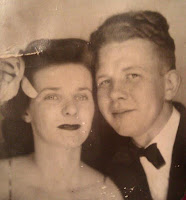 Q2: Did you play any sports as a kid? Did your parents encourage it?

A2: I played with the neighborhood kids, but I was not acculturated into an athletic way of thinking and eating and training my body. Dad was a Polio survivor, and had no culture of exercise or sports. He also lacked any real skill or time to teach any sports skills. Mom was skinny waif, unable to exercise because of a congenital heart defect in her aorta. In 1963, as a freshman at Brooklyn Prep, I wanted to try out for the football team, but my my dad and stepmom in 1963 wanted me to get a job. Thus I was never on a team. The focus was never health or sports--it was always on working hard in school, learning to be responsible, learning that life is supporting yourself financially. 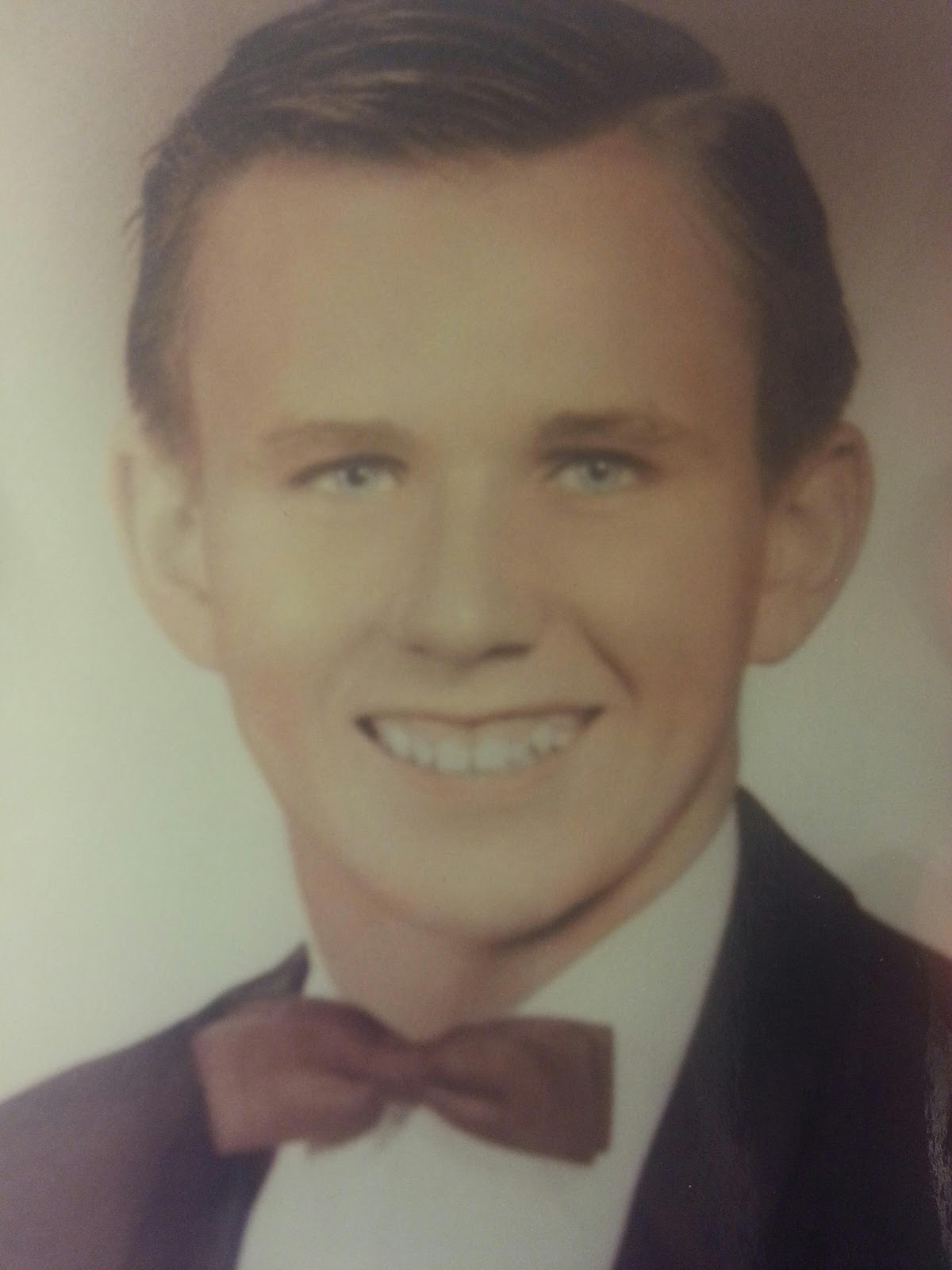 A3: Luckily, I hit a growth spurt that allowed me to be 6’2” and 175 at 18-years-old at graduation. I looked good then. Then I gained weight in the novitiate. We had sports, and exercise, but also a lot of other influences. At college I was between 215 and 235, and stayed in that range, mostly till third year of law school between age 28 and 29. Law school was sedentary, driving a cab was sedentary. Eating deli on the run was not helpful either. Thus, I got heavier. From 17 to 29, the lightest I ever was was 185 when I was in Boston. The heaviest was 280-290 when I got married. Since then the lowest I was was 238 in the late 80s. I was 250 when I tore my left ACL in 2008. That injury contributed to going up tp my current weight. But eating out, eating deli, not exercising and unhealthy eating also are huge factors.

Q4: You once said to me that you tried running once, but wasn't enamored because you didn't experience a "runner's high" -- what were you expecting?

A4: Let me rephrase the question. I had to run at times in gym, I also tried to be on track team at some point. Running always was painful in the legs, chest and abdomen and I never experienced a runner’s high, as in the endorphins. I was not instructed on the right way to train, nor did I have anyone to tell what to expect, how to work through it, or anything like that. An example, the track coach put me in a relay once, had to sprint 220 yards, did miserably. All he did was look at me disdainfully. Years later, remembering I said in my mind the rejoinder I should have said then: “don’t look at me like that, teach me.” Q5: Did you try anything to lose the weight? If so, what? I remember there being one of those thermal sweat suits around the house once upon a time.

A5: The emotional ups and downs of my formative years left me feeling all over the place, without any understanding of myself, my weight, my health. I never had a sense of pride about my body, and not even any perception regarding same. I once did a low fat regime and stuck with it for a good while. I have tried other things with varying degrees of failure, even Weight Watchers.

Q5.1: Not too long after graduating from law school, you had a full-time job as a prosecutor and a young family. Looking back, do you think you lost your opportunity to focus on yourself and your own needs?

A5.1: Yes, but my needs became fulfilling my responsibilities. I did not focus on taking care of myself at all. I have always had a lot going on inside me.

Dad said above that he wished that his track coach had taken the time to teach him how to run.  I remember feeling the same way in elementary school when Mrs. Simpson chided me for not being able to run the mile (I walked it in 16 minutes).  If only we had Brad Gansberg as our coach.  He wants everyone to know that you CAN run.  He wasn't born running -- he started at 35 and 293lbs.  He knows what it's like to feel like a failure.  He knows how to learn from his mistakes.

Brad has generously offered to let me raffle ﻿one paid membership for his Basic Program (a $99 value!): 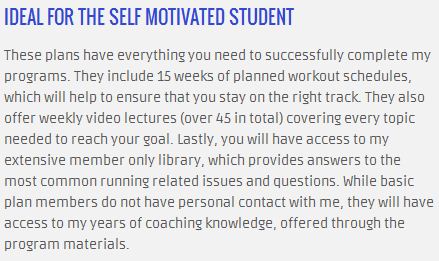 Yes! I was just telling a friend of mine from grade school about how embarrassed I was that I couldn't do the "Presidential Fitness Test" because I would fail at the mile run. I would get about 4 laps in out of 8 before walking the rest because of shin and side splits. I would complain and be called out and chided in front of my friends and peers. Bullying for me started in gym and continued in the classroom.

I so wanted to learn how to run. I wanted to do cross country or track. I wanted to be fast or to at least run a mile without stopping. But no one ever thought to step in and teach me proper form or how to run intervals. Even now, I've tried some running groups and they just run. Never really a discussion on how your feet should land or the posture you should look for. And if you cant keep up with their group leader, you are sent home. Such a shame.

I think the only advice on running that Mrs. Simpson gave us was "in through your nose, out through your mouth." I failed the Presidential Fitness Test with flying colors every year, but would kick ass at Track & Field day. Looking back (and this had never really crossed my mind) it was clear that I was an athlete, but none of my gym teachers took the initiative to help me fulfill my potential. I always thought it was my failure -- but really it was theirs. And you're right to point out that their attitudes rubbed off on the kids that would bully men.

You should totally enter to win Brad's course -- he'll be with you ever step of the way.

Inchbymile, you are exactaly who I want to be teaching. I have a free membership with your name on it. I will reach out to you thru your blog and tell you how to get started.

so interesting, to hear a parent's perspective on food, healthy, sports, etc. My parents never did anything athletic, at least not that I know of! my parents were from the 50's but they of course got their influences from their parents who DID go through the depression and war. it's so great you can ask him these questions and have a frank conversation with him. xx

oh and one other thing - I feel pretty sad that not only did your dad lose HIS mom, but then he lost his wife/ YOUR mom. it's tragic. I'm so, so glad you have each other still.

I think the frank conversation is helping both him and I realize the cycles/attitudes that shaped our own behaviors and beliefs, and that there's a way out of it together.

When my mom died, my dad's grief seem to be compounded by so many unresolved thougts/feelings about his own mother passing away when he was so young. And to a degree, I helped him identify with the pain I was going through even if he didn't know a way out of it.