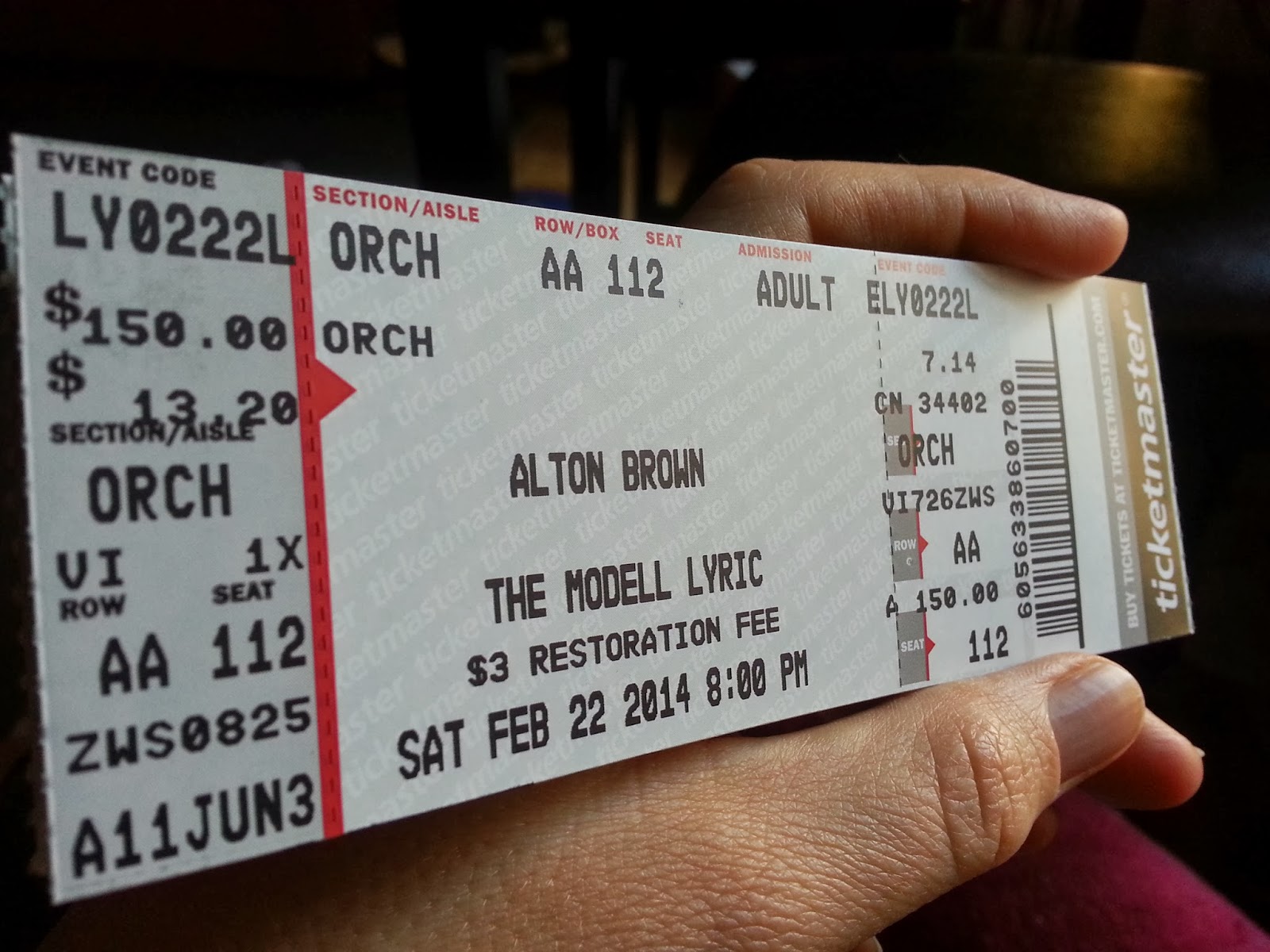 Pretty cool, right? (And if you don't think it's cool, maybe you need to take a moment to learn about the mulitalented Alton Brown.)  Months of antici....pation followed.  Not only would I be seeing Alton Brown, Master of Mischief and Purveyor of all things Eviliscious, perform but that golden ticket would guarantee my place at a pre-show meet & greet.  But more about that later.

Now... as I'm an evolved and somewhat refined Homo sapiens, I began my day by taking a nice long shower. Little did I know that my bathroom is out to get me.   (Yours is too!) I stepped into the shower and everything was fine.  I then stepped under the stream of hot water, did a lutz, and ended up tangled in my shower curtain (and rod as an accessory) on the floor.  I hit my lower back against the edge of the tub and slammed my head and neck against the toilet.

Now...the next step for most sane people would then be to either (1) call 911 or (2) go to the emergency room.  But I had a show to get to and nothing was going to stop me, not even a mild concussion.  So I did what any slightly-less-than-sane person would do:  I tweeted out that I had taken a fall.  I didn't want to alarm anyone (ahem... **waves to dad**).  So yeah, I recognize that I didn't do the most prudent thing after the fall. But um... ALTON FUCKIN BROWN ((I can assure you that this isn't his middle name, but it should be)). 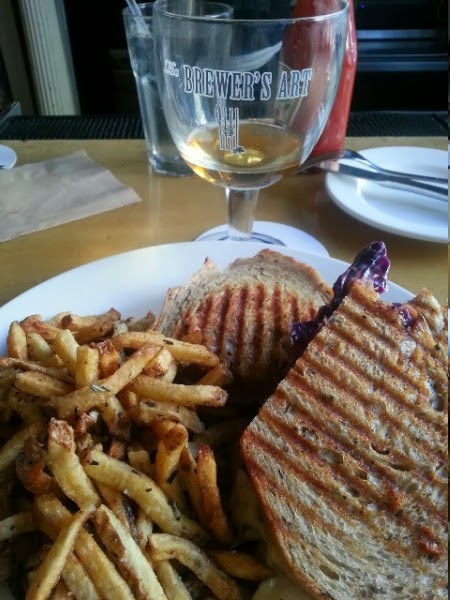 So I finished taking the shower, dolled myself up and then hopped on a train to Baltimore.  Before the show I went Brewer's Art and ate a very delicious sandwich (Rachels are one of my favorite sandwiches, and this was one of the best ones that I've had) and a delicious beer or two.

There, I met the guy (Dan was super awesome, smart, funny, and an AB fan as well!) that bought my extra ticket (I'm still sad that my hot date, Rachel, couldn't go).  I must say that it must have been awkward to meet a girl who then proceeded to talk about her admiration for another man for the rest of the night. All-in-all, he was a great choice for the second ticket and a theatre buddy.

By the time we got to the Lyric, I was a cross between giddy and nauseated, excited and scared and well... a girl about to meet one of her idols. And meet him I did.  He was gracious and sweet, and I will cherish that moment for a lifetime. 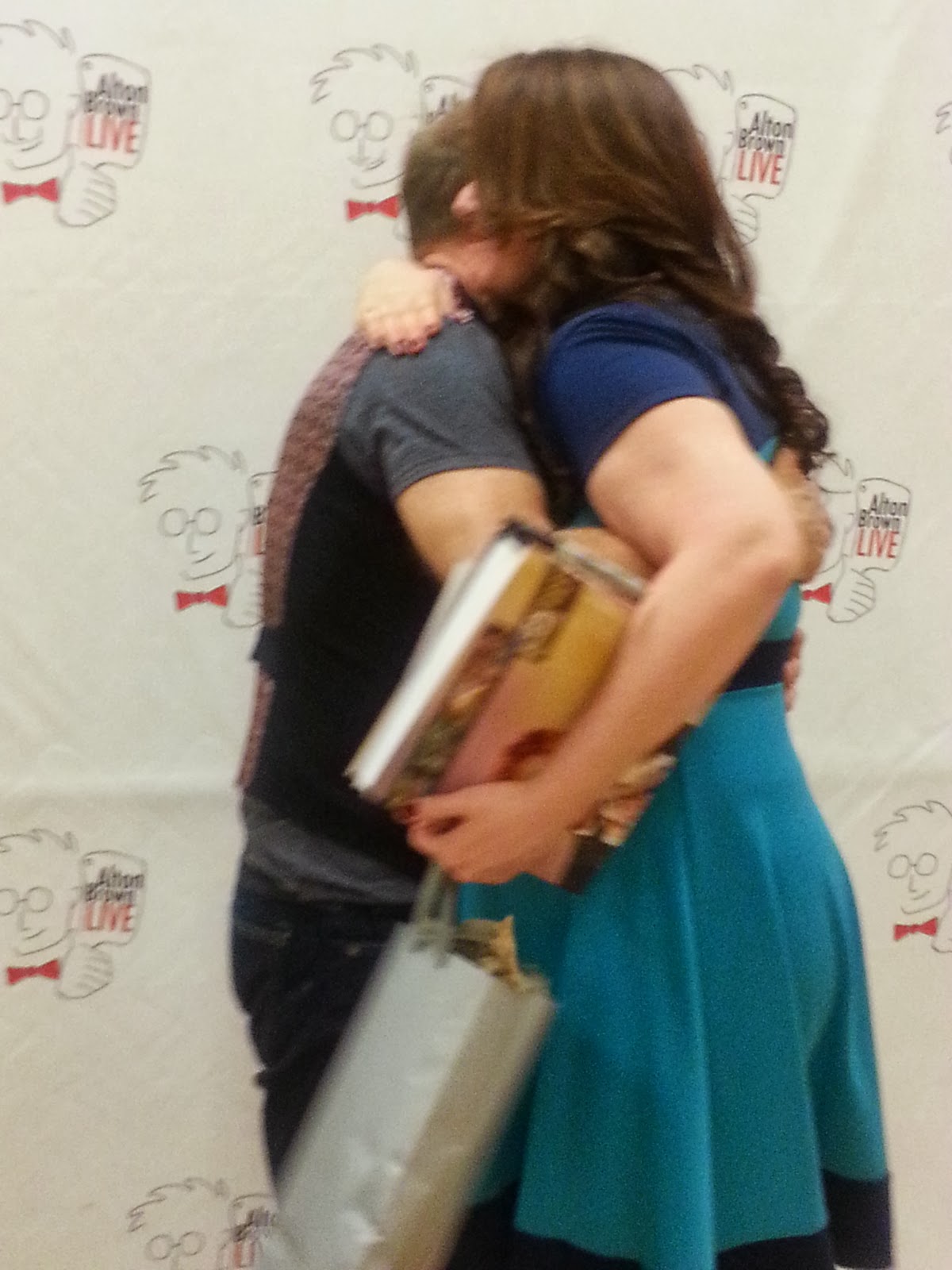 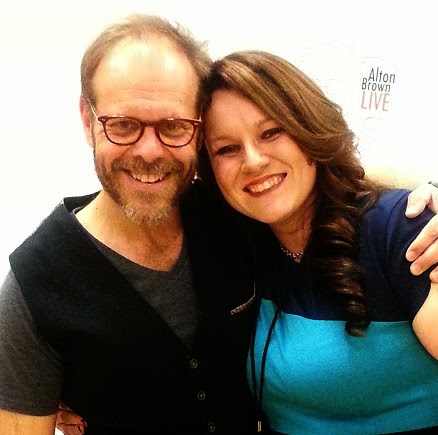 SO WORTH THE (probable) CONCUSSION. 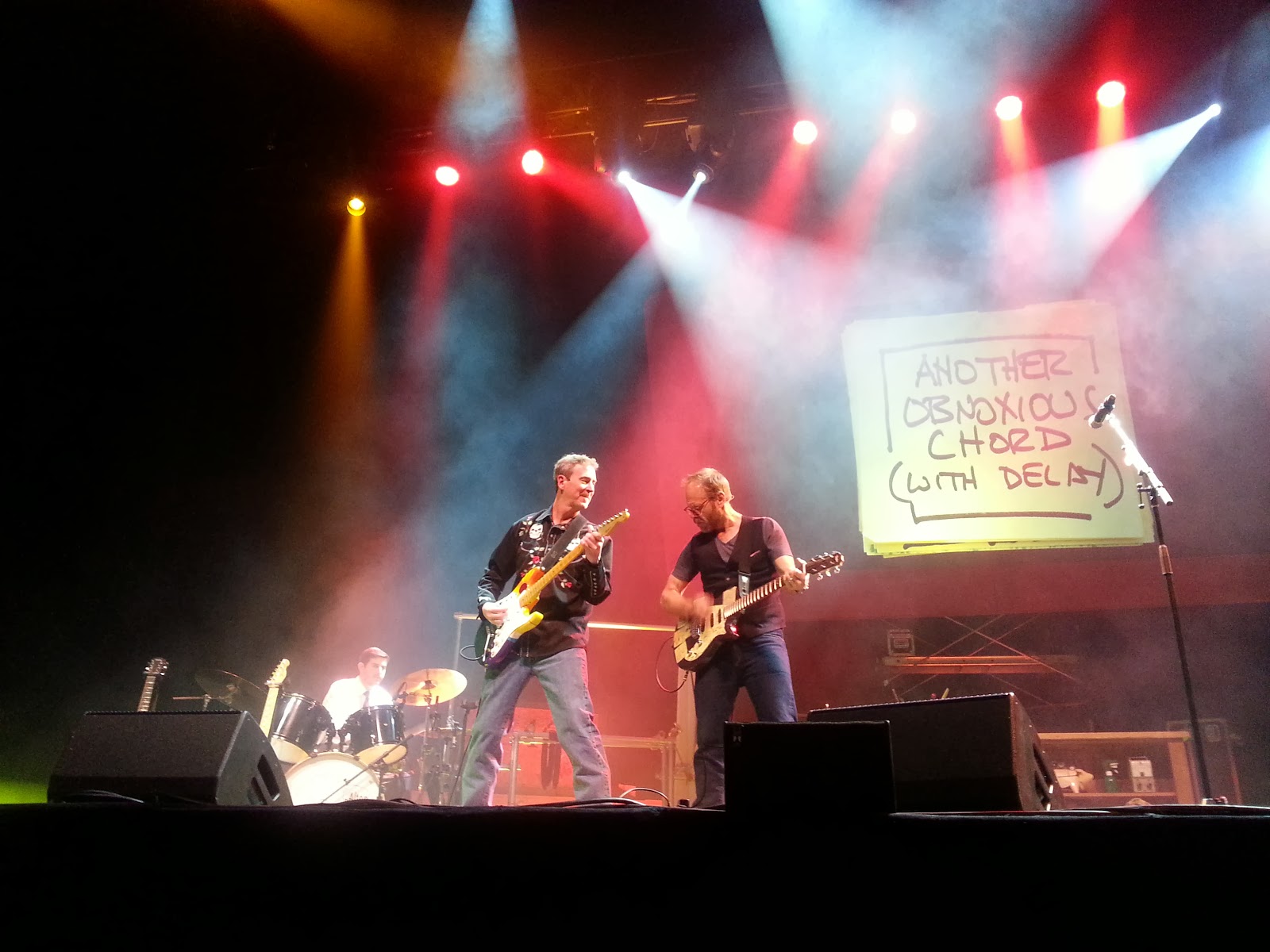 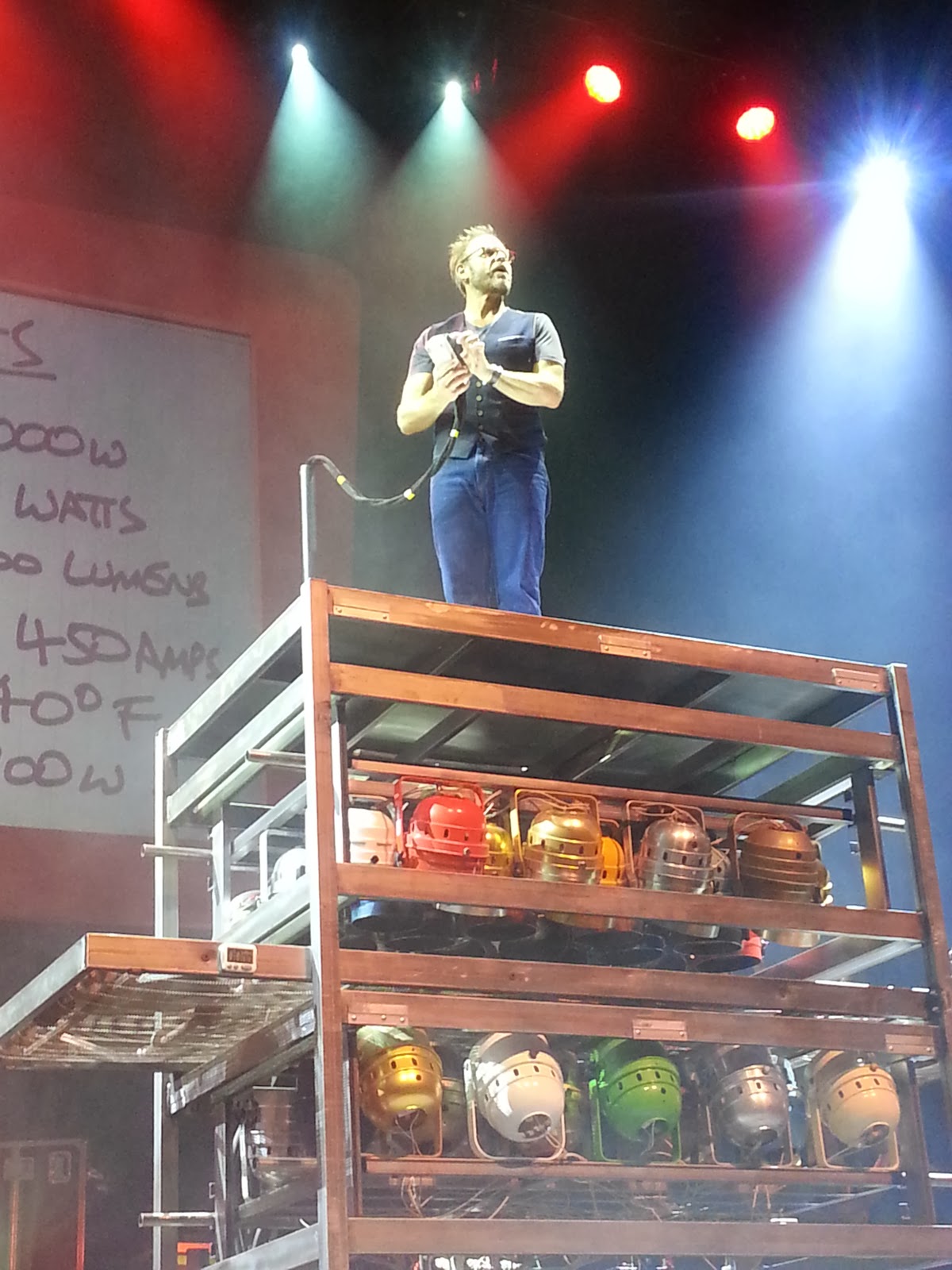 The show was amazeballs.  He's funny, his talented, he's quick-witted when it came to the audience interactions.  Basically, you should see his show if it comes around to your city (or a city nearby) once he gets his second (third? fourth? fifth?) wind.  Also funny? In the row right behind me? The best man at my brother's wedding and his wife.

So while I'm still basking in the glow of having met ALTON FUCKIN BROWN, I'm also realizing that I probably injured myself that morning.  I have an appointment tomorrow with my orthopedic surgeon to make sure that I didn't disturb my implant or cause further injury to either my neck (a little sore plus the ringing in my ears has returned) or my back (worst it has been in years). All signs that I did something.

So fingers crossed, kiddos.  The rollercoaster continues.
Tweet
Labels: About Me, spine

Hows I'm supposed to hug you at Fitbloggin? Cause you know I want one, right,.

There will be hugs -- but no wiggling hugs.