Home » About Me » Ruminations » Reject 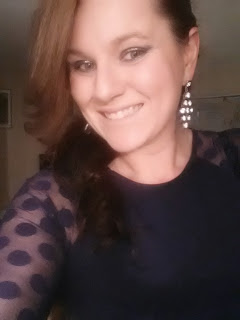 New Year's Eve 1999-->2000 I was in Times Square with a few thousand of my closest friends.  The mood was celebratory, but a little tense.  No one knew what Y2K would do.  Would nothing happen or would there be a massive failure of all the world's systems ensuing in panic, rioting, and a police state?  Some people brought gas masks in case there was rioting, other people brought flasks.  We just didn't know.

I had gotten there many hours early so I could spend my first NYE in Times Square with a view.  I was supposed to meet up with my college friend Romy, but because he got a later start, he was unable to reach the area where I was.  Alone, I had no choice but to make friends with the people around me.  A very handsome guy from Wisconsin named Andy decided that every hour on the hour, he'd celebrate by kissing me.  I think we celebrated the New Year in six time zones, and few of the in-betweens.   (**waves to Andy, wherever he may be**)

I was thinking about this last night as the final minutes of 2013 were ticking down.  I've done the crazy NYE in Times Square.  I've done the NYE at home in pajamas with the cats and a half pound of shrimp.  I've been surrounded by family and friends.  I've also spent many New Years completely asleep.  How did I want to end 2013 and begin 2014?

I looked around the room and there were plenty of random, unattached men who I could borrow for a few seconds.  There were friends I could hug and kiss on the cheek, but in the end, I took out my cell phone and decided that I wanted to reach out to the largest group of friends and acquaintances that I have:  the Tweet began like this, "May all of you come to know in 2014 the place you hold in my heart..."

Before I could finish the Tweet (...Like a Tardis, my heart may be small, but it's bigger on the inside.") and send it in the last seconds of 2013,  some random guy that I didn't know walked up to me.  As 2014 began, the bar erupted into a kissing frenzy.  He looked around, raised his glass to me, shook my hand and said "To the New Year's rejects." 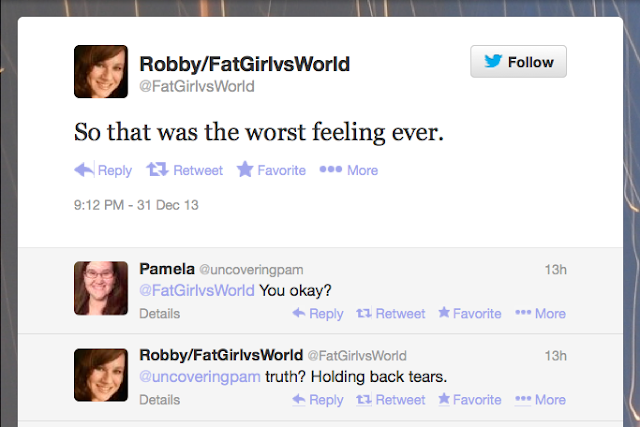 Instead of starting out 2014 the way that I wanted to (broadcasting a message of gratitude and love) I reached out to social media, my friends and my acquaintances alike, because I was just trying to keep a brave face (no one likes the crying girl in a bar).


For as much as I am a brazen, ballsy, strong person, I'm still a woman with feelings.  And man, I had all the feels.  I spent the next few minutes reading your kind Tweets reminding me that, in fact, boys are dumb and that he was projecting his issues onto me.  He assumed that because I was on my phone at midnight, that I was unloved and unwanted.  You all reminded me that that is the furthest thing from reality.

I retreated to the only safe place a woman has in a time like this -- the women's bathroom and had myself a good 30-second meltdown.  The girls in there were so sweet and funny.  They offered to find him and beat him up.  I told him that he doesn't deserve that much attention from so many beautiful women.  They patched me up and wiped away the Alice Cooper effect I had done to my eyes, and told me to not let one dumb boy ruin the new year. 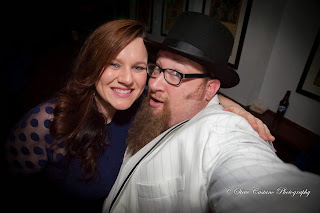 Even so, I figured that was my cue to say goodnight to my friend/host of the party, Steve (who I have known since middle school).  He asked me if I was having a good time, and as he was saying that, he noticed how red my eyes were and he asked what was wrong.  I told him the story.  He offered to throw the guy out of the bar personally.  Then he pulled me into a big hug and said "He doesn't know you like I do and how far you've come. You are not a reject.  Far from it."
This time it was happy tears.  For as much as I wanted to send out a broadcast of love and gratitude, in the end I was the recipient of the message.

May all of you come to know in 2014 the place you hold in my heart.  Like a Tardis, my heart may be small, but it's bigger on the inside.
Tweet
Labels: About Me, Ruminations

I love you. Don't ever let a dick take away your joy again. Seriously my friend xxxxxxxxxx

What a jerk that guy was! Don't ever let some clueless person make you feel small & unimportant. You are beautiful both inside & out & you are far from being a reject! Thank you to all of those women in the ladies room who rallied around you & your friend who all took the time to remind you that you DO matter! Great big hugs to you & wishes for the best new year ever!

I LOVE YOU! Seriously, if this wasn't on your blog and I wanted to keep it children friendly, many curse words would come from me.

You have a gigantic place in my heart and you are one of the most generous, kindest people I know. Not kidding. May 2014 be a wonderful year and hopefully we can have a reunion again :)

I'm so sorry that guy took your positivity from you, but that you had love to counteract that jerk in the end I love your thought process & Dr. Who reference! May 2014 be the best year ever for you!!

What an asshat. People say the dumbest things.
I'm glad you reclaimed your new year.
Xoxo

Wow. What a dick.
You are awesome.
Simple as that.

Am I the only one around here who thinks you're taking this totally the wrong way? This guy wasn't trying to be an asshole; he was being self-deprecating/empathetic. Perhaps it wasn't the best way of showing it, but to take it to the point of writing this blog post about it and accusing him of "stealing your joy" is way over the top. This is an awkward dude who was trying to get you to make out with him, not the misogynistic bastard you've painted.

Honestly, this post makes me think that deep down you're worried about being single/meeting someone just like the rest of us are, and your defensiveness here is not so much about this guy's awkward pickup but rather about your deep-seated insecurities. Other posts you've written come off the same way (the one about the elliptical machine being equal to running, for example -- you're insecure about your workout being considered "lesser" and so you get defensive when someone calls you out).

To sum up, methinks the lady doth protest too much. I'd have appreciated this post much more if you'd have written from the place of hurt as opposed to the place of strength -- "I do worry about being a reject" vs. "I am strong in the face of this obvious asshole." I think you'd come off a little more human.

Dear Anonymous:
If you don't like what I'm writing or what I have to write, why are you still reading?
I'm not writing to please you and more importantly I'm not LIVING to please you.
Please take your trolling somewhere else. Don't think you're doing me any favors.
-FGvW

Oh and btw, the whole elliptical vs. running thing is because two people called me out on it... and neither of them are people I'd consider "runners to look up to." I was trying to make the point that if ultramarathoners are cool with me calling what I'm doing "running" that other people should stop trying to bring me down.

My exercise isn't "lesser" -- their (YOUR) judgements are.

This comment has been removed by a blog administrator.

If you want to want to act all superior to other people, do it on your own blog.

I don't know if the guy meant it to sound as it did, but I do understand why it made you feel bad. But you're not a reject. You're very loved by the people around you. And I love your New Year's tweet. :)

Based on what the guy said after, I'm pretty sure he wasn't trying to flirt with me. A drunk utterance? Sure.
I just didn't like that he was projecting his issues onto me. It just tapped into a time in my life when I definitely felt like a reject/outsider.