Though it felt great to be at my new lowest adult weight, I also felt burnt out from running 100-120 miles a month and logging every little bit of food.  So I gave myself a break.  ((Did your stomach just flip flop over reading those words cause you know what follows??))Thus started the backslide.  But I also convinced myself that I could get back into it at any time and undo any damage that I had caused.

Boxing (starting March 2011) helped me get my focus and joy back. Slowly but surely I was losing weight and gaining muscle (my arms looked AWESOME).  More than that, I was pushing my mind and body more than I ever had.  And then I started feeling numbness in my hand (July 2011) and realized that it was a herniated disc and had to stop boxing at the end of 2011.

2012 started with me getting an epidural steroid injection in my neck (if you've ever been on steroids, you know what that does to your body, appetite, mood) and ended with me having an artificial disc replacement when the conservative approach didn't work.

Most of 2013 was spent recovering and playing it safe (I was glued to my elliptical for 852 miles).  I'll be the first to admit that two things weren't optimal:  (1) I drank more alcohol than I should (hangovers when you're over 30 suck) and (2) I didn't pay enough attention to my diet (quality and quantity).

So it's no surprise that now that I'm over the bronchitis/sinus infection that leveled me this past December/early January that I see this: 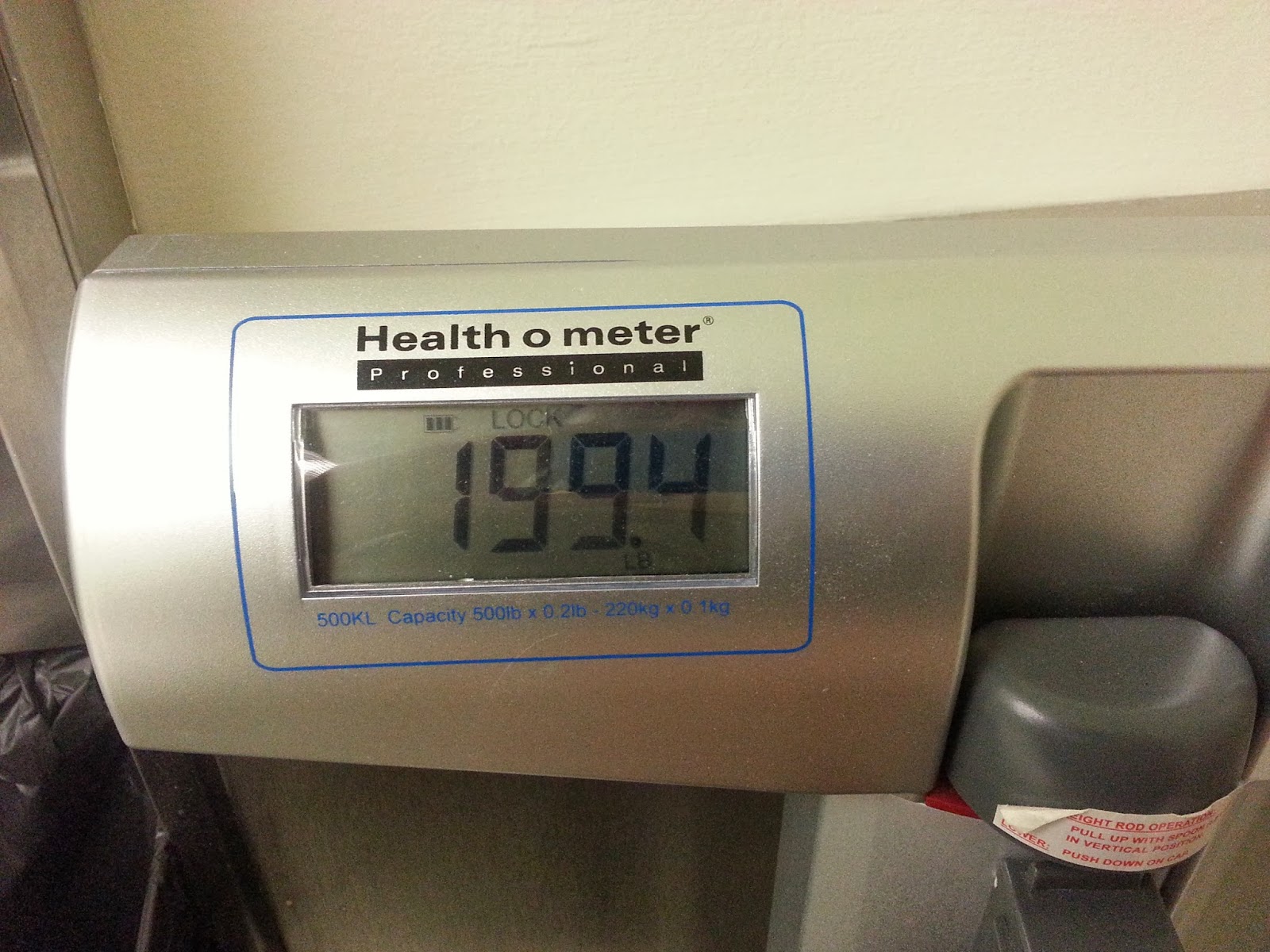 I know some of it is period weight/bloating, and the rest is entirely on me.  I did this.  I let this happen while I chose to not look.  But now I know.  Now I'm tuned in.

In one month (February 22), Alton Brown's Edible Inevitable Tour comes to the Lyric Opera House in Baltimore -- and I  have my front row ticket.  I have a dress in mind.

I mentioned above that post-surgery, I've been hesitant and stayed safe.
What do you want to see me doing? Be my trainer!
Tweet
Labels: About Me, Boxing

I understand completely. I have had multiple surgeries and gone up and down on the scale over the past ten years. It's difficult to see the number, but if you don't take time off to heal properly you will regret it, right? So don't punish yourself too much. You did what you had to do! Just get back on the machines and start again. You've done it before and you can do it again. Exercise wise, hmmm...I find core work really helps me look better. How about some half Turkish getups? Lots of you tubes on those. I hate them but they help!

It's go time, baby! As your imaginary trainer, I command you to do what you love in a safe way. But here's the kicker... you have to give it your all. 100% commitment and daily dedication to the process. That is what this fake trainer requires of you.