1.  As of last week, I finally have a floor!! It isn't what I would choose, but it's what my building's insurance paid for.  And well...it's a floor (more floor!) (and new floor in the kitchen, as well as some new mirrored closet doors). It's a huge relief to, after 50 or so days, restore my sanctuary.  However...

2.   There was a bit of a crisis while the crew was installing the new floor:  they didn't call me to tell me they were beginning the work of installing the parquet so I could get the cats out of there (they previously said that they could work around the cats).  I come home at lunch the first day of the project to meet with the lead contractor (to discuss the scope and schedule) and find that (1) they had begun laying down the adhesive and parquet and (2) that my cat, Spike, had walked right through the adhesive (and tracked it all over my apartment.  Did they call me to tell me this? No.  So by the time I get home, the adhesive had already dried.  I was LIVID.  I bundle up both of the cats and take them to the vet where they had to sedate Spike to remove all the adhesive from between each of his four paws.  Poor little woozle and $190 later...but....

3.   While we were at the vet, I noticed that someone had urinated blood in the carrier.  My money was on Jack and unfortunately it was right.  Back in May, I was concerned about some of his behaviors (frequent trips to the litter box) and we had taken him to the vet and done some urinalysis that came back negative for a UTI.  However, as we now know, it was a fairly large struvite bladder stone!  I took him in this past Wednesday night to had surgery the following day to remove the stone.  I visited him on Thursday night and was able to take him home on Friday (approximately $1650 later), but I'm still monitoring his recovery.  I had to take him in the night before because....

4.  That same Thursday morning, I was scheduled to get some fancy 3T MRIs on my lower back and my neck.  Turns out, I'm quite photogenic.  Based on (1) my friend Evan's expertise with MRIs, (2) the MRI technician's opinion (3) the radiology report and (5) my experience with my own scans, we could tell a few things:   (a)  here's no new damage after 5 years for my lower back (b) no new damage after 1 year for my cervical spine (c) I have a brain! and (d) neither the best case scenario (the discs put themselves back into place) or the worst case scenario (more discs were bulging/herniated) came into play.

5.  Today I met with the spinal specialist that Evan (my wonderful medical sherpa) recommended.  Not only did he have fantastic hair, but he was a real laid back dude with the time to talk to me about my history, where I'm at now, and where I want to be.  He digs that I'm an active person and this is limiting me.  He expressed hesitation regarding doing either a fusion or an artificial disc replacement ("ADR") on "someone so young" (why thank you doctor...).  And so he wants me to do an intermediate step before we get there.  My previous epidurals were steroids injected into the epidural space and were meant to help relieve inflammation around the herniated/bulging disc.  He wants to try a more targeted approach and see if a a "root sleeve injection" where the steroids are injected closer to where the affected nerve lives (little bugger we know where you're hiding!!). If that doesn't work, he favors an ADR procedure as compared to a fusion, because an ADR would (1) help maintain the integrity of my cervical spine (i.e., it wouldn't increase the responsibility of the surrounding discs as a fusion does) and (2) would preserve the range of motion (a 1-level fusion wouldn't mean much of a change in the range of motion, but the ADR gives my other discs a better chance of not needing to be addressed). Did I mention that he has fantastic hair?

6.  I'm going to take a moment to just publicly thank my medical sherpa, Evan, for all the help he's given me.  I can't sing his praises loud enough.  He has enough experience in the medical field to (a) help me navigate insurance (**shudders**) (b) help me find the right doctors (based on feedback he's received personally, and the professional opinions of the doctors he works with) and (c) keep me focused on the task at hand -- which is about finding a long-lasting remedy, not just a BandAid.  While I love my family dearly, we're just not equipped to handle medical issues.  Evan anticipates each step and makes to easier for me to focus on healing, not the administrative stuff that ramps up my anxiety levels.  So... Evan, I love you.  I hope the universe bestows a heap load of karma on you (apple pie is not karma, it is apple pie).

7.  I've known Evan since college. And I know his very dry sense of humor.  Sometimes he just loves to pull my leg.  As we were leaving the MRI (yes, he's such a wonderful sherpa that he met me at my 7:30 am appointment), he tells me that he and the MRI tech doing the scans noticed an anomaly on my kidney.  I think he's just trying to pull my leg or to get me to relax after being in an MRI for so long.  But he assures me that he's not joking.  Chances are that it's nothing other than a fluid-filled cyst hanging out on my kidney.  They're pretty common and usually benign.  Most people don't know they have one until, like me, they go for a diagnostic test for some other reason.  Still, not going to tempt fate, and will be following up with my internist.

So, now that I have a house, have two healthy cats, and am addressing my own medical issues, I feel a lot less stressed (still residual stress from not sleeping well, having gained weight, and the amount of money leaving my bank account).  I've gone from a 7.5 to a 3 or 4.  The feeling of always being in an adrenaline fight-or-flight panic mode has dissipated. 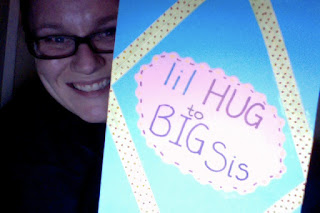 Again, I want to thank everyone for bearing with me this past year where all I seem to talk about is being injured, chronic pain, and wanting to eat my feelings.  I also want to thank you for being there for me even if/when I have nothing to say.  I feel the love,  I really do.  Notably, I just received a card via snail mail from the amazing @coracast (who I affectionately cal "Lil" as in "lil sister" and she calls me Big Sis) with the sweetest words of support and love (as well as a prezzie!).

I know how everyone makes vision boards to help them focus on their goals.  I think I want to make the most selfish board ever -- a love board -- a place to put all the reminders that I'm valued, that I'm heard, that I make a difference, that I'm loved.  You all have helped turn this stoic/stubborn/I-can-do-it-myself hardass into someone willing to reach out and accept help.

You humble me with all the love and support.  Especially cause you know that I can be a massively arrogant megalomaniac sometimes.

I think a love board is about the best thing I have ever heard of. :HUGS:

Also, I am really glad you have good people behind you to help with your medical journey. (It's a nightmare to navigate alone!)

Still wishing you a the best possible outcome with your spine!

nothing beats a spinal specialist with fantastic hair. As for the MRI pic, the brain image is showing highly over-abundant evidence of super-human intelligence. Yes. I can read brain scans 'n stuff.

I agree that a love board is actually a healthy thing to put together. I know I can forget that I am loved and appreciated by others frequently and having a reminder of that is a really good idea. I'm also glad you have some aces in your pocket for your medical care. Navigating through all the assholes and incompetent jerks MD's is a hard task.
I am also happy that your kitties are feeling better. Sick kitties are no good!