Home » About Me » Two Roads Diverged in a Wood

Two Roads Diverged in a Wood

In 2002, I moved off campus to an apartment building in Virginia.  Along with the 1.25 hr commute by bus/rail each way, the roommate situation didn't go smoothly as I had hoped or planned.   You'd think in that situation, the solution was pretty clear:  move closer to work and ditch the roommates.  Easier said than done for me.  It took a year of seeing a therapist to get my anxiety issues out in the open.  Not only did I have an anxiety-triggered OCD-like behavior, but I had anxiety about life, namely "what if I make the wrong decision...will I land on my feet?"

Raise your hand if you've ever thought of this....

I was able to move out on my own after a year of asking that question over and over again and realizing that no decision was set in stone and that I could thrive or recover from any decision.  I'm guessing even if you're not nodding your head that you've felt that doubt, there's a little part of you that has always wondered "What if I can't?" How many of you wonder something different -- "what if I can and do?" What if I make a decision that can't be undone? 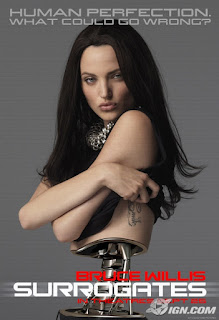 When I first hurt my back (yeppers, this is another spine post!) I (along with everyone who knew what I was going through) was all gung-ho about using every bit of science and technology to fix me up, that is, until I started educating myself about the science and technology.   People would say "Why don't you just have surgery" as if it was similar to fixing a broken bone or having a mole removed.  The short of the long of it is that our bodies are built to perfection (minus our appendix and tonsils).  We're highly evolved machines, and science spends its time trying to figure out ways to come close to what evolution took thousands of years to do.  In other words, even if I were to have spine surgery (fusion, disc replacement, discectomy) my spine and discs will never be as strong as they once were.  It would also require extensive rehabilitation.

Even worse, there's something called Failed Back Surgery Syndrome.  I've seen quotes anywhere from 20-60% (depending on the type of surgery) of back surgeries "fail" to alleviate pain.  I have two coworkers that have had spine surgeries only to end up in more pain than they were before the surgeries.  One coworker walks around hunched over and contorted to the side, the other walks with the assistance of a cane and he's not that much older than I am.  Coupled with my doctor telling me to "use it til you lose it" -- I'm don't know what to do and I'm scared.  And it's not the stupid anxiety of not knowing whether I can handle living alone, it's something that's logical to be afraid of.

Yep, you heard it right.  The great FGvW is scared.  Why?  If I'm in this much pain, and my life is limited this much -- what will my life look like in the months before I "lose it"? Will I be one of the lucky people who has a successful spinal surgery?  Then another part of me wonders if I'm being stubborn by trying to avoid surgery in the first place (especially with all the videos on youtube of people who have had success and resumed their lives).

I wish I had a crystal ball that would show me my outcomes--something better than statistical guesses.
Unlike the speaker in the poem above, I haven't decided on a path to take.  I'm stuck at the fork.

How do you make a decision when everyone tells you the outcomes are a crapshoot?
Tweet
Labels: About Me

I have to admit that I stumbled onto your blog because I saw a Twitter post your made about BodyMedia and I love your avatar! (I'm art_it_up on Twitter, btw). That awkward admission out of the way - I think it's uncanny that you're considering back surgery and I happen to have an opinion on it! So brace yourself (haha no pun intended) for my rambling :)

My mother (now 48) had a back fusion two years ago. Before her surgery she had been in pain for several years which had escalated after her last pregnancy at 40yrs old - the doctors said it was most likely spurred by an injury when she was a pom-pom girl at 19. She was always the "grin and bear it" type and stayed physically fit, maintained a career as a nurse, and raised three children (I'm the oldest at 28 and my half brother is 8). She loves to cook and host people in her home - before her back fusion, she would do all the work for the party and after the last person would leave, I would find her laying on the couch with her eyes fixed on the ceiling, failing to fight tears from the pain. If I can tell you one thing, "losing it" is severely detrimental to your quality of life. She was very nervous about the surgery but went through with it.

I stayed with her after the surgery and while it is true that there is a significant amount of physical therapy involved for the first few months afterward, it is WORTH IT. My mom says she's so angry with herself for being afraid of the surgery for so long and wishes she would have done it a long time before so that she could have spared herself the torture.

So there it is, my two cents. Advice is only worth what you pay for it, though! ;) I've had a spinal injury myself so I know that chronic back pain is *terrible*. I hope it improves for you, no matter what you choose to do.

Thanks hon -- I think for now I'm going to explpore non-surgical options so long as I am free too. There will come a day when surgery is the only option, and I'll keep in mind what you said about your mom's surgery.