A reminder to myself... 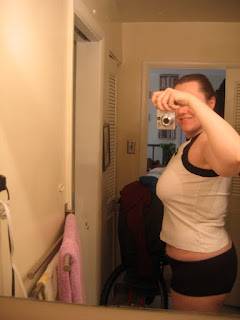 I wrote before about how in late 2006-2007 I had begun going to the gym regularly, running (I know!), lifting weights, and generally getting my shit in order.  On March 10, 2007, I was injured at the Flogging Molly portion of the Shamrock Festival.

This photo is exactly one week before that happened.  It was the happiest and most confident I had been in the past decade.

I was ~200 lbs, still trying to break the barrier into being in the hundreds.  I was on the cusp.

Who knows where I'd be if I hadn't been injured.  Would I have had a few more good years to my back?
Tweet
Labels: Gym, Self Portrait