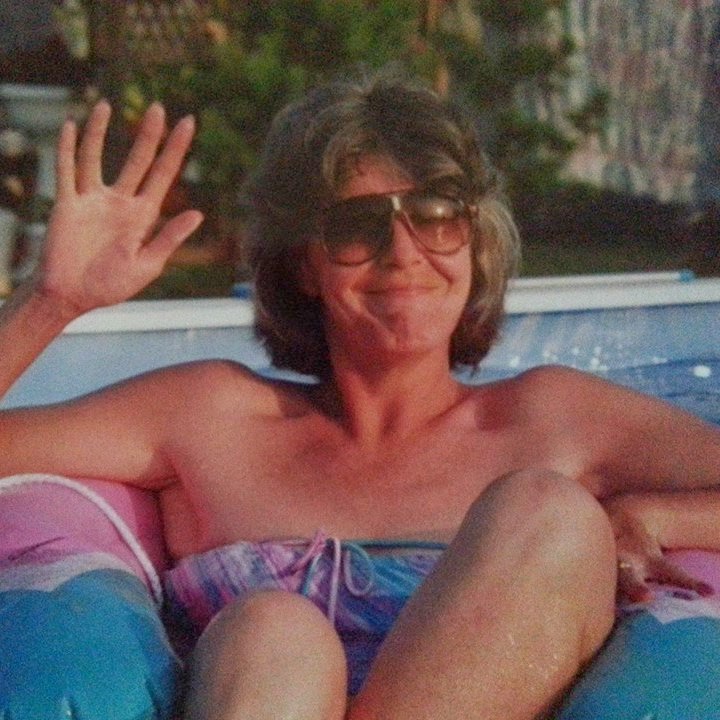 My mom had back issues as well.

More than the clinical stuff, I remember mom being in PAIN.   I learned how to give back massages and make hot rum drinks because those would make mom feel better.  I learned not to nag mom on those days, but rather ask what I could do to help (cooking, cleaning, gardening).

I could never fully appreciate mom's pain until I began to suffer the same pain.
I never realized mom's grit until I had to summon forth the same resilience to get through the day each minute.
And I can now appreciate mom's grace when dealing with other people.

You see, that's the difference between sympathy (the feeling that you care about and are sorry about someone else's trouble, grief, misfortune, etc.: a sympathetic feeling) (how I felt for mom before I was injured) and empathy (the feeling that you understand and share another person's experiences and emotions: the ability to share someone else's feelings) (how I felt for mom after I was injured).

Compassion is really what gets you through chronic pain.  It's not necessarily that anyone wants to play a victim, it's just that (1) it's great when you don't have to explain your circumstances to every person in the effing world and (2) people stop saying stupid ass things to you.  I can understand if you don't understand what I'm going through because you can't sympathize or empathize, but the next step is not to project your need to feel useful onto me.  (Yes, I'm talking to you, random lady at the pharmacy who saw me the day I was discharged from the hospital and had the GALL to suggest that 16 years of back pain were caused by the flip flops that I was wearing at the current moment.)

I titled this post "The Greats" because of the "beyond reproach" status some people are given when it comes to being injured.  Show me the person that would go up to Peyton Manning or Tiger Woods and suggest that maybe they just need a Tylenol, an ice pack, or different shoes.  Show me the doctor that would ask them if they injured themselves from "too much rough sex."  Show me the trainer that would call them weak because they couldn't do certain exercises without pain.  Cause these are things I've had to deal with.

All the same, I'm thankful for the visibility that Peyton and Tiger (we're all part of the Spine Surgery Club and therefore I get to call them by their first names) have given spine injuries. Tiger Woods wrote in his blog:   "My recovery from microdiscectomy surgery for a pinched nerve in my back is coming along, but it's a very slow process. I'm still sore. Not from the procedure itself but the incision. I just need to get back to my day-to-day activities, and that's it."  ...  "Some people heal up in three months, some people take four months, some people take longer. I just don't know."  ... "It's been amazing, just around here, how many people have had this procedure done and come up to me and said, 'Oh my God, it's changed my life. I haven't been able to do anything for so many years and all of a sudden I've been able to live life again.' I know exactly what they mean. I got to a point where I couldn't do anything. That part has been eye-opening."
Tweet
Labels: Family, spine

"Show me the person that would go up to Peyton Manning or Tiger Woods and suggest that maybe they just need a Tylenol, an ice pack, or different shoes." Just... YES. So much this. Suffering from chronic migraine, I totally get where you're coming from. You want to shake people by their shoulders and say, 'Just take my word for it that I'm in pain, and that I know what's best for myself and my individual condition.'

What an irresponsible trainer to call someone with chronic back pain 'weak'. That's not just ignorant, it's negligent.

@PipeDownCupcake -- first of all... I love LOVE LOVE!! your screenname. It makes me giggle. I get migraines every now and then, so I feel you. They are not just a *tee hee* headache. They can bring you to your knees. Not until you've had one (or a bunch) do you know what a migraine is. Anyone who gives you crap will one day reap their share of karma, no? That being said... have you tried..... okay, just kidding :P People need to know when to not give unsolicited advice.

And you better believe that I went to that national-chain gym's manager with my MRI report and said "For months, your trainer said that I was weak and asking me to contort my body to get stronger. You're lucky that all I'm asking is to be let out of my contract." Which they did and they gave me 3 months refund.