My body, my rules.

in Media, Positive Self-Image - on 12:14:00 PM - 3 comments
You know the world has come full circle when your coworker sends you an email saying that you might be interested in a story/video and it ends up being a familiar face — the very lovely Meghan Tonjes — who I have been acquainted with for a while via Twitter.  Apparently she's been getting into some hot water with Tumblr and Instagram (though they have now backtracked) over showing progress photos of her weight loss, including a photo of her butt that she is very proud of.

I totally get where she's coming from.  I need only look at my blog analytics to know that the photos I post of my progress (or how proud I am) are seen as sexual, lascivious, or pornographic as others:

To borrow a phrase from my coworker, Ms. Dianne:  "Don't get it twisted..." I take these photos for me.  I can look at those photos, at the person in them, and know every second lived in that body. No one else can claim that right or privilege.  Do you know how long it has taken to really own my body? To really and truly love it (even if I have moments of self-judgment and doubt)?  A LIFETIME. 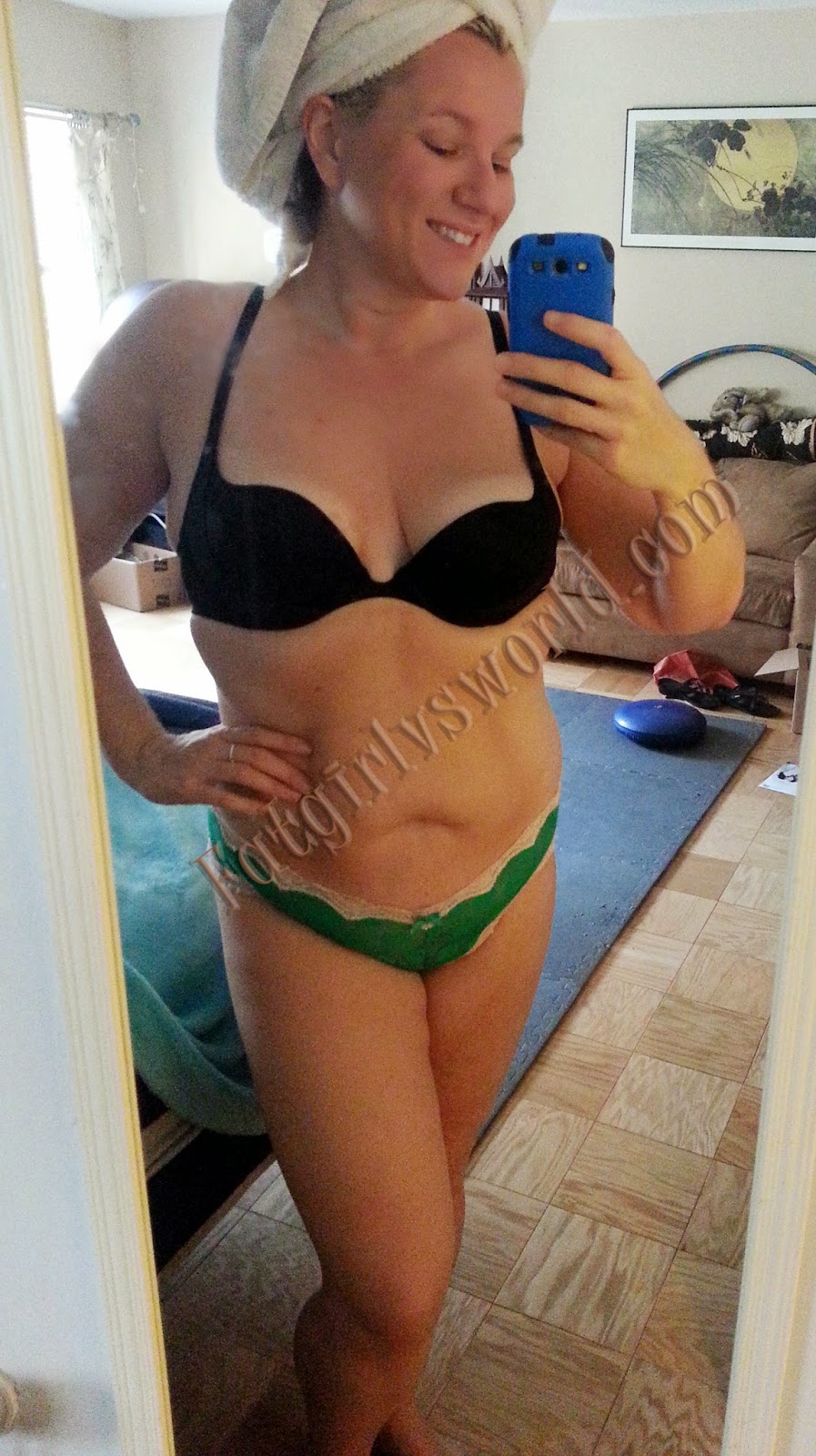 I have lived my whole life (all *gasps* 32 years) in a world that has told me that because I have fat on my body, that there's no way I can be seen as beautiful, sexy, or worthy.  I'm "beautiful for a fat girl" or marginalized into a BBW-fetish category.  But "worthy" is the one that stings the most.  Being told that maybe the right guy will love me if I lose a few pounds.  Being the designated ugly, fat friend.  Being paid less just because I'm overweight. Having people assume that just because I'm overweight that I must hate myself.  Because I am fat I must hate myself for not being perfect.

Let's stop saying "I want to be" or "If I were only" or "If I weren't so" and instead say "I am" and let that be enough.  Let's stop projecting our insecurities on other people and instead of assuming who someone is, let them tell and show us who they are.  That's body positive. That's self love. That's the revolution.
Tweet
Labels: Media, Positive Self-Image

@Renee -- i think that's partially the point.... I know you're trying to make me feel better, but then it puts me in the position of having to defend my own point of view about myself.