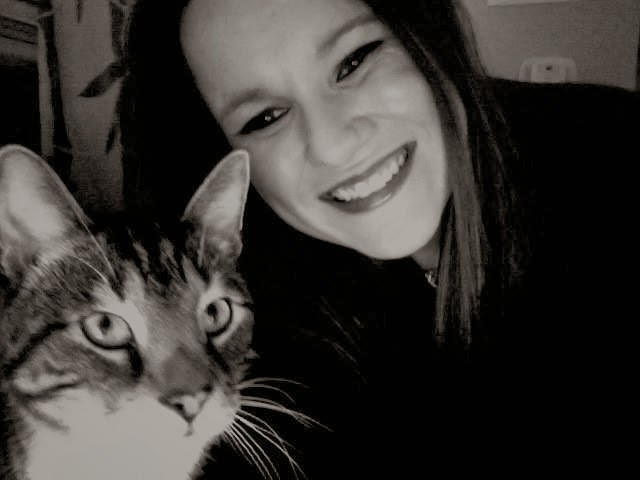 A great deal of what I know about love comes from being familiar with the loss of it.  To stand at the end of love, look back, and still say that you wouldn't have change a thing even knowing the outcome. 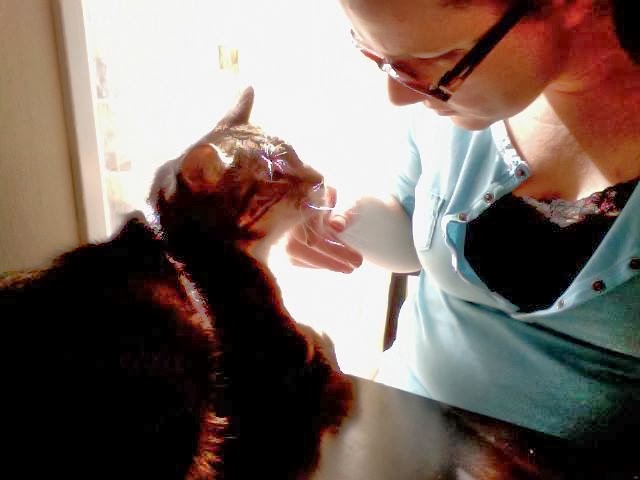 To quote what I put on FB:

When I first met Spike, I knew very little about him. WARL participated in the Shelter Animal Relief Effort (ShARE) that goes around DMV-area shelters and selects animals that they think they can adopt. In Spike's case, he was a 4-month old kitten from Baltimore scheduled to be euthanized. WARL intervened the day before he was scheduled to be put down.

Upon arrival at WARL, he was separated from the rest of the cats and held in quarantine until they knew what his health looked like. On the second day of his quarantine, I wandered somewhere I wasn't supposed to be (rules are meant to be broken, eh?). As I walked past his cage, he reached through the bars and took a swipe at my ponytail.


My cat had chosen me.

I had to convince my then-landlord that declawing cats was wrong and then had to convince WARL that I was the right person. But the adoption coordinator knew it when he saw Spike in my arms.

In 12 years, Spike never let me forget that he was the one who chose me and not the other way around.

So in a way, Spike was always living on borrowed time [especially after nearly dying last year after an acute bout of pancreatitis]. As he got sick, I only had two questions that I asked of myself and at the vet:  am I doing everything I can and is he in pain? 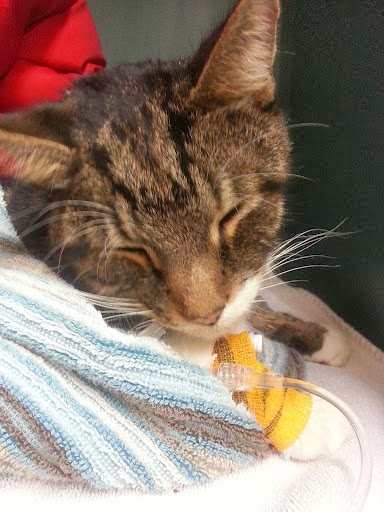 The chronic pancreatitis, diabetes, and renal failure were all too much too ask him to deal with, but he was a strong and brave kitty even til his last breath. His vet believes there may have been an underlying "diffuse cancer" (and perhaps a tumor that was compressing his other organs) that was making him uncomfortable. He would need round-the-clock care and fluids (his couldn't keep his blood sugar up). He wouldn't be able to come home.

So I did what I promised to him many months ago:  I would find the courage to make the hardest decision I ever could. I would love him enough to let him go. I brought Jack with me in the hopes he could bring Spike comfort and so he could understand. And as his vet (and friend) injected the sedative and other drugs into his IV port, I held him close, tucked his head under my chin, and said the only thing I could:  "I love you. I love you. I love you. I love you."


Even as he died, he was the most handsome beast I have ever had the privilege of loving. 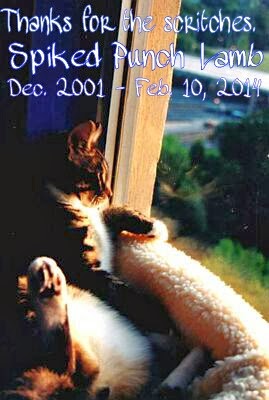 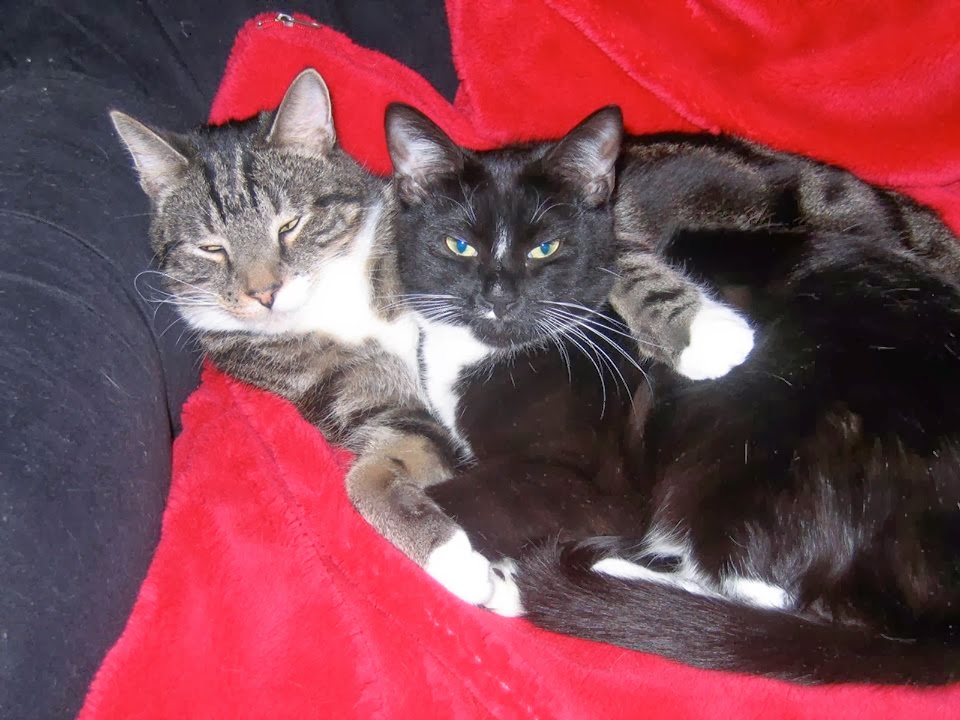 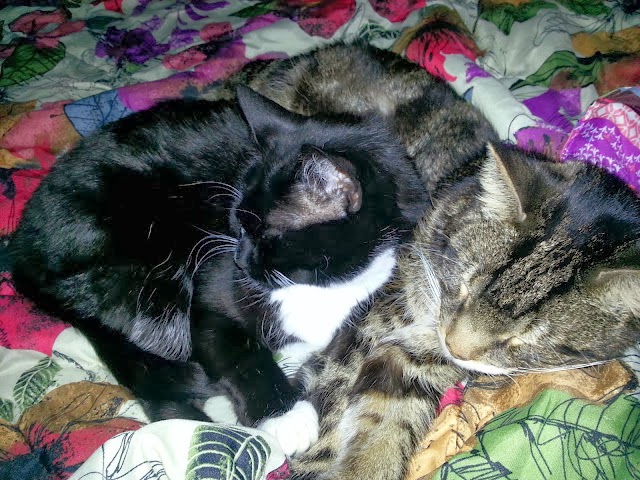 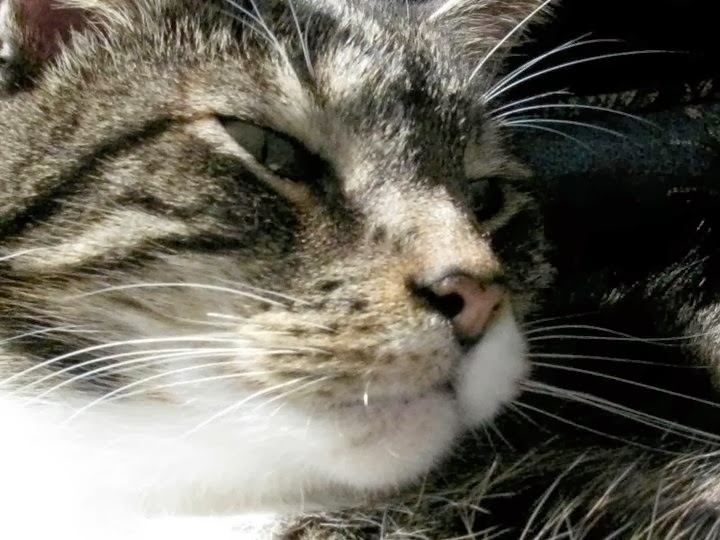 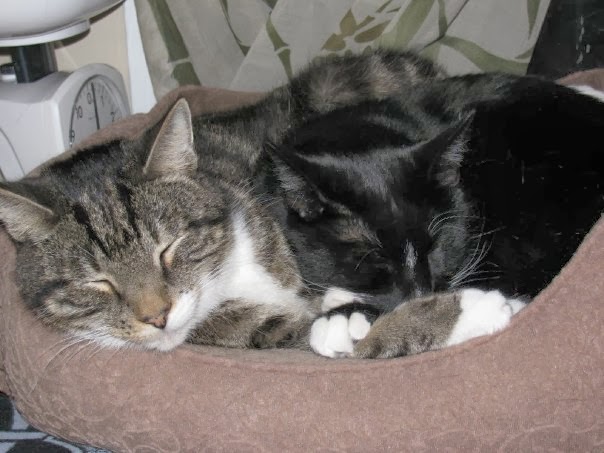 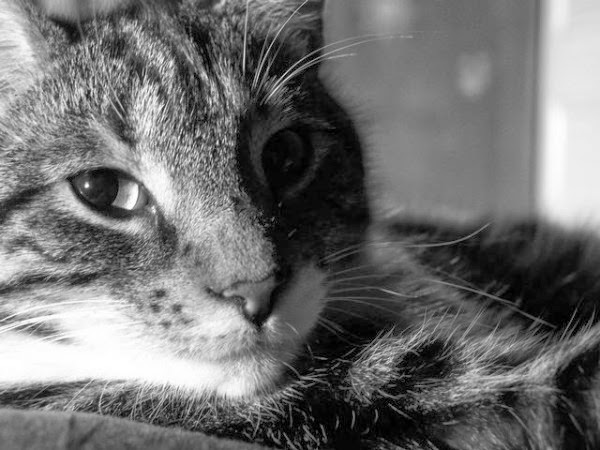 After my nana and my mom died, I dealt with it by eating.  I gained a ton of weight.  And well... I've just had no appetite over the past few days.  I know nothing will fill this empty hollow where there used to be Spike.
Tweet
Labels: About Me

I'm so sorry for your loss...what a beautiful boy he was!

What a brave, amazing lady you are and how lucky was Spike to have you in his life. May you find peace in the days to come. I know how you feel as I've been there.

So sorry for your loss. It is so hard to lose a friend.

So so sorry. I know words can't help, but I am sorry for your loss.

As I'm reading your beautiful words of love I'm crying. I am truly so very sorry for your loss. So very sorry. You and your Spike were meant to be together from the beginning. He was blessed to have such a wonderful caregiver as you. I read your blog and find inspiration in your words. Thank you for sharing your tribute to your loving boy. I am sorry for your loss.
Kim Harrington
Buffalo NY
Chefkrh1@aol.com

I'm so sorry for your loss. I lost my cat last year and she was the most amazing cat, even in her last days <3

So sorry to hear about your loss. Big hugs!

Awwa, tht is so sad :( I love my two dogs, like they were my own two, slightly more independent children. It is really sad to realise that you only get a few short years with such a meaningful, personality-filled animal that loves you unconditionally.

Robby, I am so sad and sorry to learn of your loss. This post had me bawling afresh for my Samson J. Kat, who I had to put to sleep last April. Your words are my own. I felt chosen by him, like a perfect kitty/kitty-mom duo. We were buddies, bestest friends - if that were possible. But he got sick, and I had to find the courage and the strength to let him go, to say goodbye. It was the hardest thing I think I've ever had to do. So, when I say I feel your pain, I truly, truly do, and I wish my arms were long enough to reach you and give you the biggest, warmest hug. Thinking of you!

This brought tears to my eyes. I'm so sorry for your loss. Biggest hug to you!