Home » Reviews » Science » Standing Up for the Little Guy

Standing Up for the Little Guy 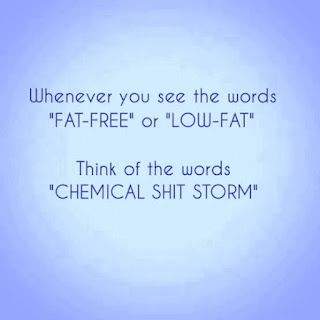 Growing up, I think it'd be fair to say that I was a sugar addict.  My brother and I could kill all sorts of sweets -- cherry Pepsi, Entenmann's baked goods (the raspberry danish was often considered "breakfast"), you name it.  I remember when we'd make iced tea from a powder mix -- it'd resemble SLUDGE.  We'd have contests to see who could eat/drink the most sludge before it became intolerably sweet or sour.

The school lunch choices weren't that great (mmmm breadtangle of pizza), but I all too often chose the snack line instead of the line where they'd serve things resembling actual food.  I'm pretty sure that my body is still paying for those choices, such as the Little Debbie Zebra Cakes that I'd eat 4 at a time, or the Little Debbie Pecan Spinwheels.  Without anyone there to regulate my choices, I was the master of my own disaster.

Candy was another one of those things I had issues with.  Unlike food that pretended to be healthy (such as the word "raspberry" causing ooohs and aaahs before the word danish), candy had no health value.  They were empty calories.  The weird thing is that if someone had said "you can either eat 4 twizzlers or have a cup of fresh raspberries," I probably would have eaten the raspberries.  But public school didn't offer that.  But you could get all the Twix you wanted, an Icee, soft-serve ice cream, and just about every snack cake possible.

I was so incredibly pleased to see Jack Sht's blog post this morning -- in which he made not only a great decision for himself, but also for his readership.  He encouraged me to finally reply to this email that had been sitting in my inbox:

I'm pretty sure the younger version of myself would be proud of me for (1) standing up to the big guy and (2) doing it for the right reasons.
Tweet
Labels: Reviews, Science

Truthfully, I didn't pay a lot of attention to the email; I get a lot of these kinds of things and remember thinking "Whoa... they made some healthy gummi bears; how'd they do that?" Answer: they didn't.

This isn't all about calorie counts, as you so eloquently say. It's about good, healthy choices. Good for you for learning the hard lessons and trying to help your readership.

You know, to each their own. Adults are free to make their own health decisions. But I've had it with companies trying to claim their crap belongs anywhere near a healthy diet.

I usually ignore the emails as well, and I would have if you hadn't posted your post. I think it's important to send a clear message back to some of these companies that bloggers aren't going to do their dirty work.

Calories do count. And I'm going to make sure my calories come with nutrition.

I got the same exact email...my response was more curt than yours ;-)

You are my hero!

This is both hilarious and awesome!!!!