in About Me - on 8:51:00 PM - 4 comments
I was at my local bar on Sunday watching my NY Giants kick the Dallas Cowlosers' collective butts.
Eventually my friend joined me so I could help her celebrate her birthday (that began at midnight).

This was the same friend who took care of me after my epidural appointment, and so I especially wanted to make it a fun time with lots of fun drinks because.  This is the same friend that I met in college and is also a coworker.  She has been excellent to me during this whole neck ordeal, making sure I don't get too mopey and that hospital would release me.  Though it was her birthday, she was every bit as protective of me/my back as she had been coming home from the hospital.

Enter Douchelord Drunkface McManTits -- some 6'2" inebriated Weeble whose pecs were almost as large as Pam Anderson's head and whose hair could solve the energy crisis for the next 10 years.  He drunkedly swaggered over to us and started moving his arm to put around my shoulders/neck. My friend launched herself inbetween Douchelord Drunkface McManTits and said "No!! No touching!!" Yep. all 5'2" of her protected all 5'9" of me. 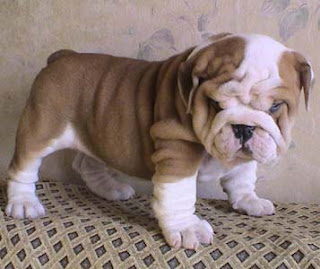 Two of my problems were solved in one fell swoop:
(1) my problem of stupidly not allowing my friends to help me/care for me out of pride/desire for independence; and

(2) my fear of people carelessly causing further injury to me (like the manager of the bar who 20 minutes later surprised both of us by saying goodbye to me and slapping me on the back right over the injection site).

The lesson is that if you are vulnerable and let the right people in your life, they don't abuse the vulnerability, but protect you from those who might.  Friends are good people to have in a crisis.  Especially 5'2 bulldogs/bodyguards.

Dear friends
You are angels and drunks
You are magi


Douchelord Drunkface McManTits soon so in awe of my friend's San Francisco 49rs ring that he went into an awkward 3-point stance, stood up and put his beer on the bar, then continued the 3-point stance into being bent on one knee and kissed her ring.  Douchelord Drunkface McManTits was thrown out of the bar an hour later.
We walked out together, each under her own power.
I was thankful to have a friend that stick with me on my best days and my worst.
I believe she was thankful to have greasy breakfast meat in her fridge to counteract the whiskey.
Tweet
Labels: About Me

That sounds like a great night, and that is truly a fantastically perfect name for such a person.

Though part of me kind of hoped you had gotten that puppy, and named him Douchelord Drunkface McManTits.

I just snorted laughing at that. At work.

Sounds like a fantastic friend. Bet Douchelord's mother is SUPER proud of him!

Mo -- Imagine the difference it would have been if Mr. McMantits had a friend like me??

Lily -- I fostered 4 puppies in December 2009 -- Dorsia, Dexter, Delilah, and Denny. A puppy named Douchelord or Drunkface would have fit right in!!

Maggie -- i bet you she's gotten a call from a drunk tank...