A mile in her shoes, part 2

in About Me, spine - on 4:46:00 PM - 1 comment
One of my most-read entries is "A Mile in Her Shoes" -- a post describing what it's like to have degenerative disc disease, bulging discs, herniated discs, etc.  It was my answer to Spoon Theory -- a story about what it's like having Lupus, and has been applied to other "invisible" diseases.

I thought I'd update that with the story of a mile that I recently walked.

On Friday night, I was playing Ingress (Go Resistance!) with friends (doing something pretty epic in terms of game play), when some people wanted to take a break and get something to eat/drink. There's very little to eat drink around the National Mall at night, so we decided to walk to a place with a few options. 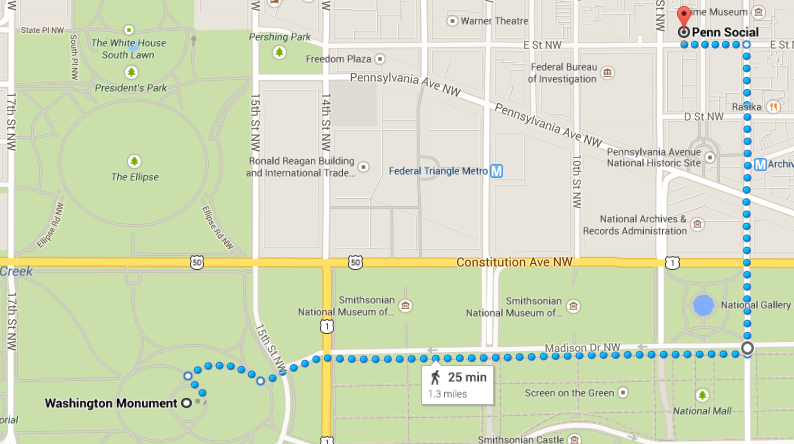 On the walk, I lagged towards the end of the group, chatting up a teammate that was also moving a bit slowly. We compared injuries (military; had been shot in the leg).  I offered him my cane, he refused, saying I had it worse.  Halfway through the walk the compression started to get to me. I'm glad he didn't take it.

We get to the bar and it's my idea of hell: crowded, loud, full of 20-year olds and a few out-of-place old people, and multi-level.  I took the elevator to get downstairs where my friends set up shop.  When I finally got a beer and was able to sit down, some guy behind me kept bumping into the back of my chair.  I was relieved when it was time to head back.  My friends took pity on me and we took a cab back to the Monument (where my other friend had parked).

It took two days to recover from that one mile walk.  Saturday was spent in bed reading.  Every time I tried to move or get out of bed my eyes would well up with tears.  Sunday was a little better.  I was able to do a little cleaning.  My friend Tim was awesome and met me at the grocery store and carried my groceries home.  We then went out for burgers and drinks.  As I knew I'd be ending the night with pain meds, I stuck with the shot of amaretto and untold amounts of seltzer.

But that's what that 1 mile has been like for me for the past year or so.
A far cry from the person that ran nearly 1000 miles in 2013.
Tweet
Labels: About Me, spine